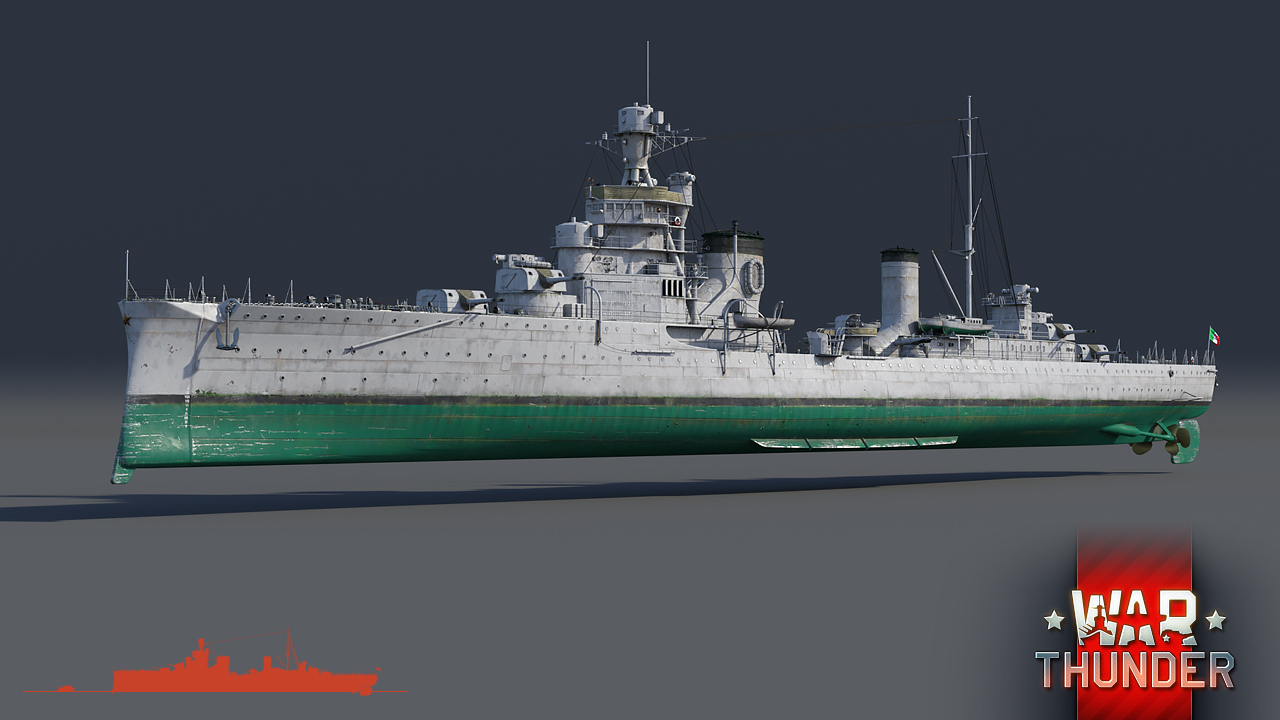 Ahead of the upcoming launch of War Thunder’s Naval Forces Closed Beta, which will see the first reveal of the game's early ship tech trees, developer Gaijin Entertainment presents a new class of warships to be added to the game - light cruisers. This class will feature the most powerful armament among all the ships in the game. Their sheer size and destructiveness will make them a centerpiece of any naval battle, entrusting their captains with great power and responsibility over the battle’s outcome.

The first two models of light cruisers presented are the British HMS Enterprise, an Emerald-class light cruiser, and the Italian Giussano-class light cruiser Bartolomeo Colleoni. The HMS Enterprise is capable of speeds up to 33 knots, boasts good armour, and is armed with seven 152mm main cannons, as well as anti-aircraft cannons, machine guns, and even torpedo tubes. The Bartolomeo Colleoni is slightly faster at 37 knots and surpasses the HMS Enterprise in armament, as it offers eight 152mm main cannons plus six additional 100mm long range cannons. Its protective capabilities, however, are considerably weaker, with only 24mm of hull armour in comparison to the 76.4mm offered by the British ship. Captains of the Bartolomeo Colleoni will also have to keep an extra eye on the sky, considering the noticeably weaker anti-air defense compared to the HMS Enterprise. The latter, however, still remains susceptible to attacks from daring torpedo bombers, given that the British ship will need more time to maneuver than the faster Italian vessel.

In War Thunder Naval Battles, light cruisers are well placed at distance from smaller enemy vessels, in such conditions, they can inflict severe damage on the enemy fleet while sustaining fire even from two destroyers simultaneously. In close combat, armour-piercing shells can deal devastating damage to light cruisers, and they always need to keep an eye out for enemy torpedo boats sneaking dangerously close. Played strategically, light cruisers protected by destroyers and patrol ships will be able to assert dominance over an entire sea sector, securing strategic positions and blocking enemies from advancing through an area of interest.

More information about the new class of warships in War Thunder and the progress of the Naval Forces Closed Beta is available on the game’s official website here.