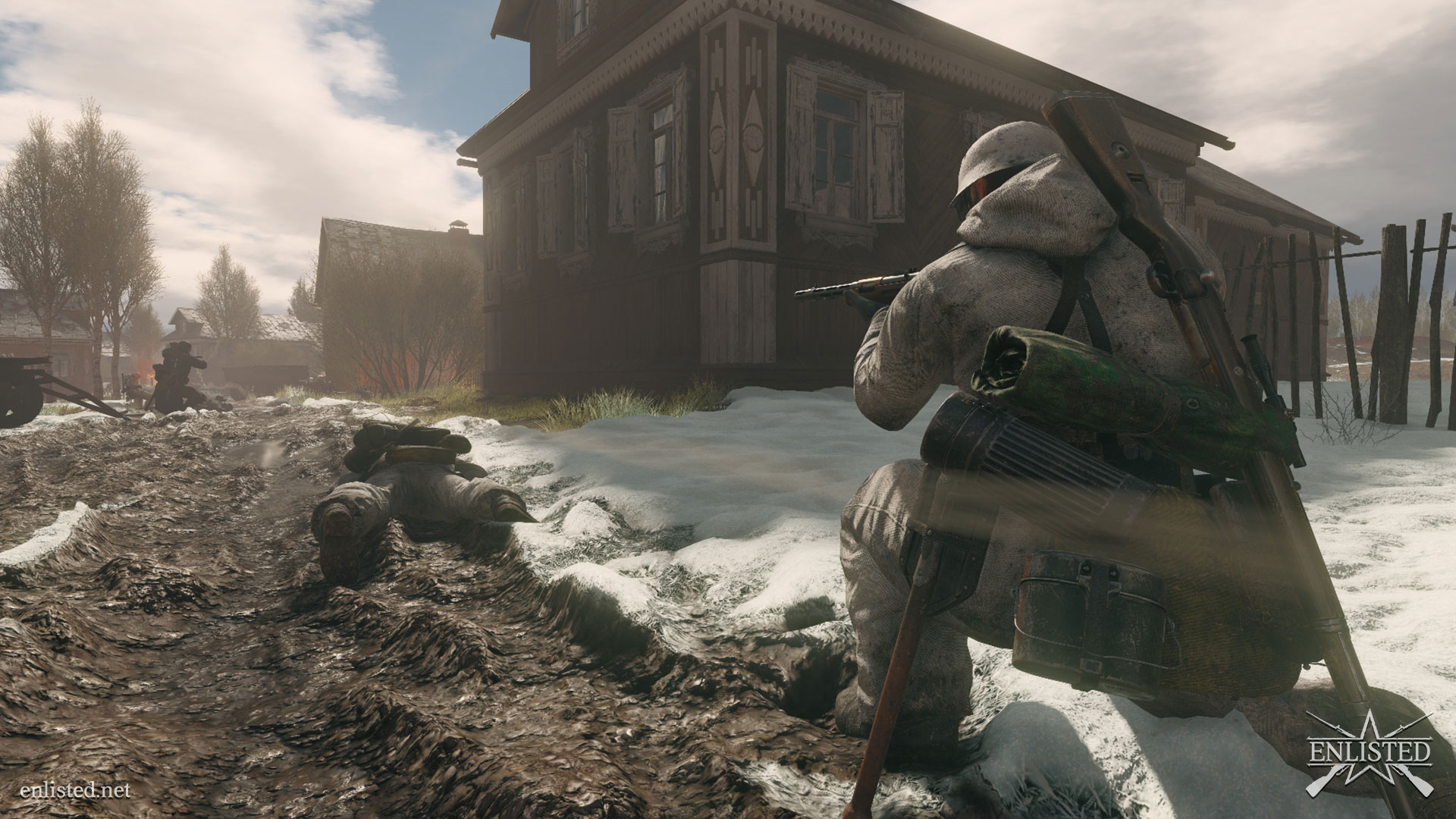 During Microsoft’s 2018 E3 Stream, Darkflow Software and Gaijin Entertainment announced that their upcoming squad based MMO shooter Enlisted will release on Xbox Game Preview in 2018 (stream here). Xbox Game Preview distributes games that are in-progress via Xbox Live for fans to enjoy before launch and share their feedback with developers.

Xbox Game Preview players will be able to strap on the boots of American, Soviet, and German soldiers, and jump into massive WWII battles with hundreds of soldiers and thousands of bullets flying everywhere. Enlisted’s unique game mechanics of an AI controlled squad transforms the traditional military multiplayer FPS game into a more realistic and chaotic warfare experience, making battles dynamic and massive. Enlisted offers several game modes for all tastes, from extended comprehensive battles through more fast-paced action to Battle Royale.

“We want to widen the genre of realistic FPS to a bigger audience. Realism should not always mean lengthy preparation and an extended road to the first battle. Realism should be the battle conditions and weapon characteristics being close to reality, it’s in the active interaction with your team or squad, it’s in the massive battles, where you can lose hundreds of soldiers in one assault. This is what we aim for in Enlisted”, - said Alexander Polyakov, lead producer of Darkflow Software.

The Xbox Game Preview version of Enlisted will allow players to test out and enjoy several game modes: Invasion, Offensive, City Battle, and Battle Royale. “Invasion” will offer battles with asymmetrical gameplay, where two teams will need to complete different tasks: one will be capturing and holding a large territory, while the second will try to liquidate all the invaders. The mode will throw players right into the heart of the battle. Each player will form and lead a squad of AI controlled soldiers. Squad members will follow players commands and provide them with additional lives – every time the main character dies, the player will get full control of the nearest soldier from their squad. This will help a player get back to the battle in a blink and participate in the combat longer.

Those who prefer a more consistent and thoughtful battle will enjoy “Offensive” mode. Here players will be able to build fortifications, drive vehicles, and use large caliber guns. The distances on the map will be greater than in “Invasion”, so the value of each decision and action will be higher. Players can also expect city battles for multiple numbers of participants.

The game will also feature a Battle Royale mode. This mode will include unique Team Battle Royale, where each of two teams will be representing one of the nations that fought in WW2. Players will be able to use heavy vehicles like tanks. The regular Battle Royale of Enlisted has already been presented in Cuisine Royale, an April Fool’s event. The game is now available as a standalone title on PC: http://gameroyale.net/

To follow the development process and apply for participation in alpha testing on PC, please visit the Enlisted official website.

About Gaijin Entertainment
Gaijin Entertainment is the developer and publisher of the online games War Thunder, Star Conflict and Crossout as well as PC, Mac, Linux, PS4, PS3, Xbox 360, iOS and Android titles across several genres. The company’s diverse portfolio has received a range of mass media and game industry awards including such as KRI Awards, Gamescom Award and many more. Official website here.

About Darkflow Software
Darkflow Software is a game studio founded in 2016 by video game industry veterans and is located in Riga, Latvia. The company is working on the squad-based multiplayer shooter Enlisted.