The Navy is coming to World War mode in War Thunder 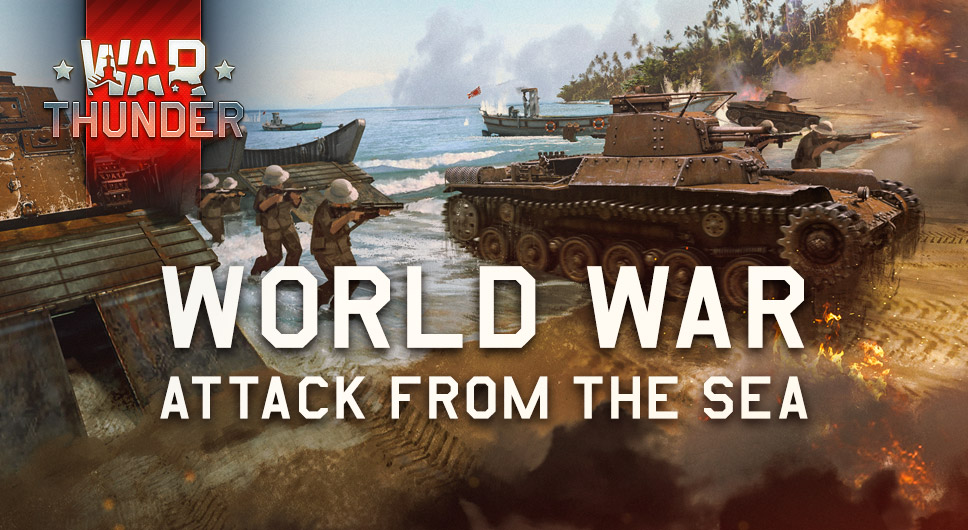 Gaijin Entertainment announces the second season of World War mode called “Attack from the Sea” will arrive in War Thunder the military online action game, very soon. This time players will be able to reconstruct famous historical battles using not only ground and air forces, but also naval units. The new season will see the US army defending the Philippine island of Luzon from the Imperial Japanese forces, while the Soviets will try to land their troops on the Crimean peninsula occupied by the Germans. Two inland battle scenarios will also be available – the battle for Caen and Operation Nordwind.

In World War mode the commanders of either side move air- and ground armies on a strategic map, and when those armies meet, their clash is resolved with a battle session between players. The second season will add new types of armies like coastal artillery, landing ships and boat, destroyer and cruiser squadrons. New types of battle sessions include the defense of landing units convoys, air defense of coastal artillery and daring boat raids against heavy cruisers. The result of each clash influences the situation on the strategy map and the outcome of the whole operation.

Only vehicles that actually participated in the historical battle are permitted in World War battle reconstruction. Players that have not unlocked those vehicles or have not even tried that specific nation tech tree yet, will still be able to use them. During the first season of World War, the game provided the basic modifications only for the vehicles, but in the second season players will get fully upgraded tanks, ships and planes. Players will also have more freedom to choose the specific vehicles they want to use where it does not contradict historical accuracy.

More detailed information on the new season of World War is available at the official War Thunder website.