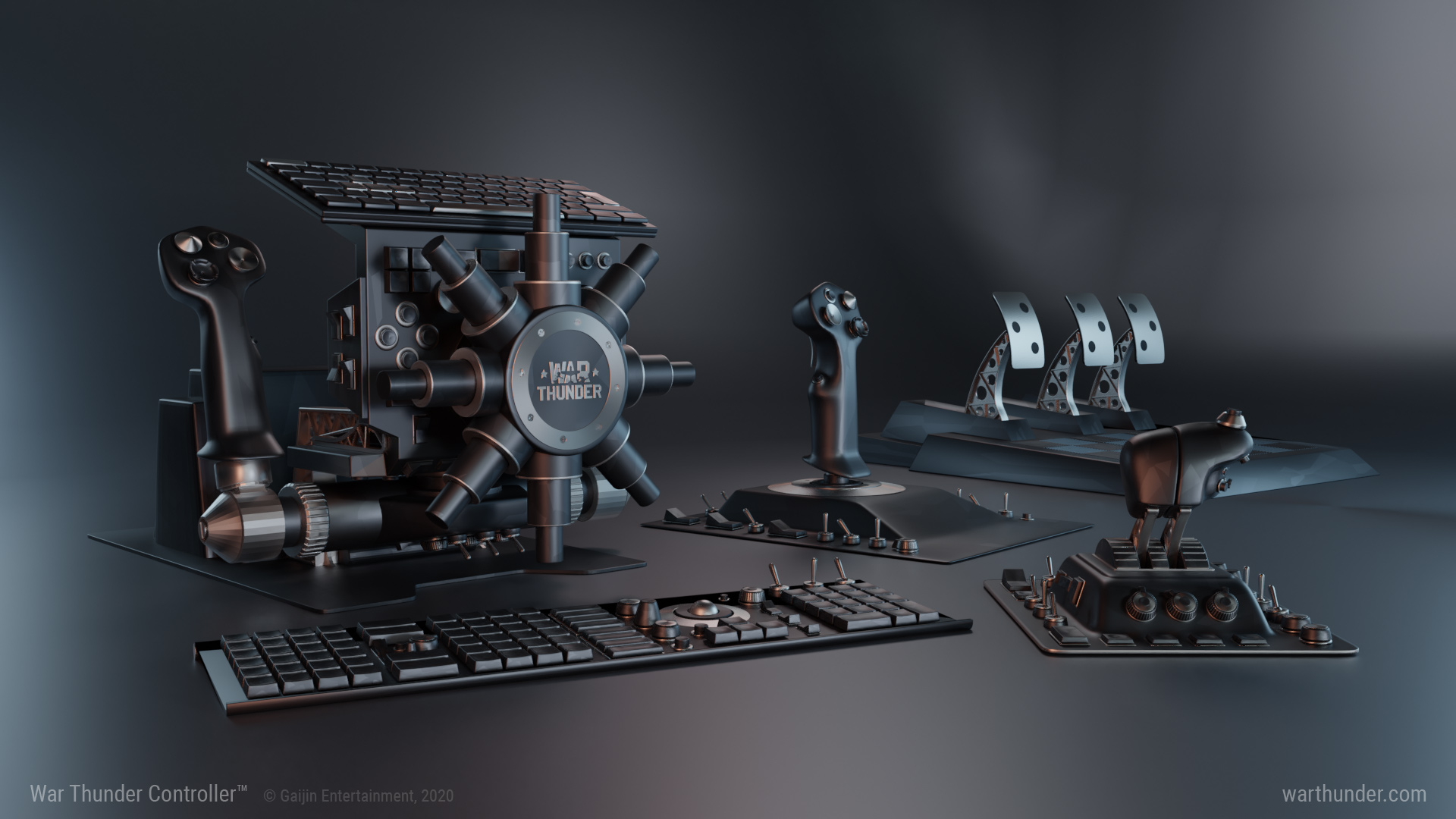 Gaijin Entertainment announces the start of the production of War Thunder Controller – the unique device compatible with all major gaming platforms. Finally console players will get the means to operate all War Thunder vehicles comfortably and precisely even in simulation mode, with no need to remember thousands of button combinations. The best grade aluminium alloys and stainless steel will be used to make the War Thunder Controller very durable.

One single War Thunder Controller can be used for ground vehicles, ships, jets, helicopters as well as any future types of military hardware. There will be no need to switch between four different control devices right in the middle of a gameplay session, not anymore. Players will easily hop from one vehicle to another using the War Thunder Controller only. Previously PC players at least had the option of manually building a complicated setup of several control devices to fight both on ground and in the skies in one battle. But console players will unlock the full potential of simulation mode in War Thunder for the very first time. The experience of driving historically accurate vehicles into battle will now be available on all platforms – and without compromising the level of realism.

The War Thunder Controller is based on the requests of our official forum users as well as War Thunder subreddit fans, as well as the hard-earned experience Gaijin user interface developers team.  The new controller will give access to all the features of 1500+ vehicle types and will allow fine-tuning the War Thunder game settings. For example one push of a lever will allow switching the graphics quality to Ultra Low right in the middle of a battle, allowing the spotting of enemies that wait for you in the bushes. The War Thunder Controller is also a highly customizable device with extra levers, keyboards, track balls and other optional extra parts available.

The controller will go on sale in two colors: urban khaki and dusty asphalt. The final design of War Thunder Controller may be changed based on the prototypes testing. The pricing will be announced later and will depend on the initial shipment size.